Schedule a Consultation
866-302-7876
Pumpkin Spice and Everything Nice

Pumpkin Spice and Everything Nice 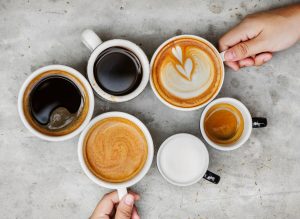 Pumpkin Spice and Everything Nice

Does anything say Fall like pumpkin spice? From coffee to pancakes and desserts, pumpkin spice has become the signature flavor of the Fall season, as well as a national phenomenon.

According to Starbucks, pumpkin spice lattes receive more than 3,000 tweets per day and yields $500 million a year. Who would’ve thought a flavor would garner such financial attention? Although Starbucks has helped propel pumpkin spice into the limelight, the traditional roots started in the humblest of kitchens dating as far back as the mid 1700’s.

In 1934, McCormick captured the nostalgic flavor when they debuted their Pumpkin Pie Spice as a shortcut for flavoring the traditional harvest dessert. Soon after, baking enthusiasts began adding the spice to other favorite recipes.

Want to make your own pumpkin spice? Start with this recipe as your foundation. Try adding ½-1 teaspoon of the mixture to a mug of coffee with a few tablespoons of heavy cream, sweeten to taste and keep your portion of the $500 million in your pocket!

Mix the following ingredients together and store in a tightly closed container:

For many, the nostalgic flavor conjures memories of cool, crisp days, family gatherings, and starry nights around a bonfire. What do you think of?

Wishing you pumpkin spice and everything nice this Fall!

"Luis did a very fine job, he was polite and helpful. Reborn is lucky to have him as an employee."Jo Ann Little
"This was a very positive experience. He was very personable and helpful in every way."Robert Julian
"The workers were neat and pleasant to have in my home and when the project was finished I knew I had my money's worth."Reefa Hanenberger
We are extremely proud of the work we have done for all our reborn clients, our awards are a testament to thisView Our Latest Awards
We have thousands of satisfied clients in the Nevada/Southern California regionView Our Job Map