Reborn is proud to share that we have completed our fifth year participating in Baths for the Brave. Baths for the Brave is a partnership of home improvement companies across the United States with the mission of giving back to veterans by providing free bathroom upgrades to improve safety and accessibility for those who have been disabled during their time in the military.

This year, Reborn was honored to gift two veterans with a shower: Mr. David Custodio and Mr. Edward Denzin, both Marines! 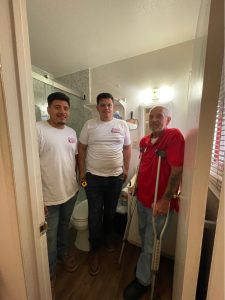 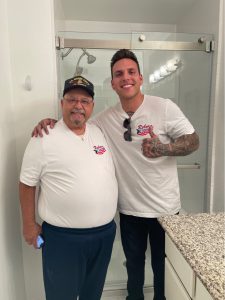 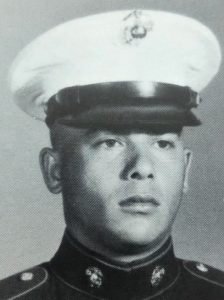 Mr. Custodio, California born and raised, followed in his father’s footsteps and enlisted in the Marines when he was seventeen years old and made his way to After leaving the Marines, David went back to college, led a successful career, and has since been enjoying a life of retirement. 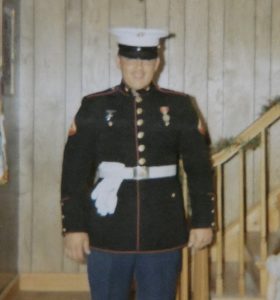 Mr. Edward Denzin served as a United States Marine from 1969-1973. Serving as a military policemen, Mr. Denzin spent time traveling back and forth between Vietnam and the US. Now, as a Vietnam veteran, Ed uses his military service experience as a catalyst to continue serving veterans. Ed assists veterans with disabilities through his non-profit organization which involves training these veterans’ dogs to become service animals. Ed is well known and recognized in his community as he continues to serve his fellow countrymen.

Both Mr. Custodio and Mr. Denzin were deeply moved by the day’s events, as many friends, family, neighbors, and members of the community came to honor them for their service and celebrate their new gift. Baths for the Brave is a deeply personal program for Reborn Bath Solutions, as our founder, Vinny Nardo, is himself a veteran of the Navy. Our goal is to improve the lives of these brave men and women in a meaningful way.

Know a veteran that can benefit from a new shower? Nominate them here!

Posted In: Bathrooms Cabinetry Kitchens Reborn Cares Remodeling Team Reborn Windows
Request a Design Consultation
There’s no time like the present to give yourself the gift of a Reborn home.
Learn about our zero risk remodel program.

Showroom Hours
By Appointment Only